Back to all posts

After a lot of months of planning, writing, playing, singing, recording and mixing we are finally getting close to releasing some new music...At Last!!!!

Good things take time...of course some things you think will be great don't quite work out and don't make the final cut...but who knows..they may come back again another form or when we get some new ideas.

Its been fun to be in the Studio again and this time in Edinburgh at Chamber Studio with Graeme twiddling all the knobs. Doing small sessions and taking some time between them has kept it fresh and gave us time to think on the way the songs were going before we hit the studio again.

Sound wise you will hear some changes. We have never made an effort to sound one particular way and lately we have definitely been sounding a bit more electronic :] but for all those guitar lovers out there we still have a some cool guitary soloey bits !! Mark and Paul doing their bit!

Our tracks will likely come out in a few separate parts...or mini albums or EP's...if you want an older format name :]
We have a new video also in the works and its been developed in Israel which is uber super duper cool!!!! more on that later.... 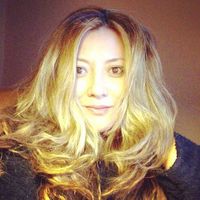